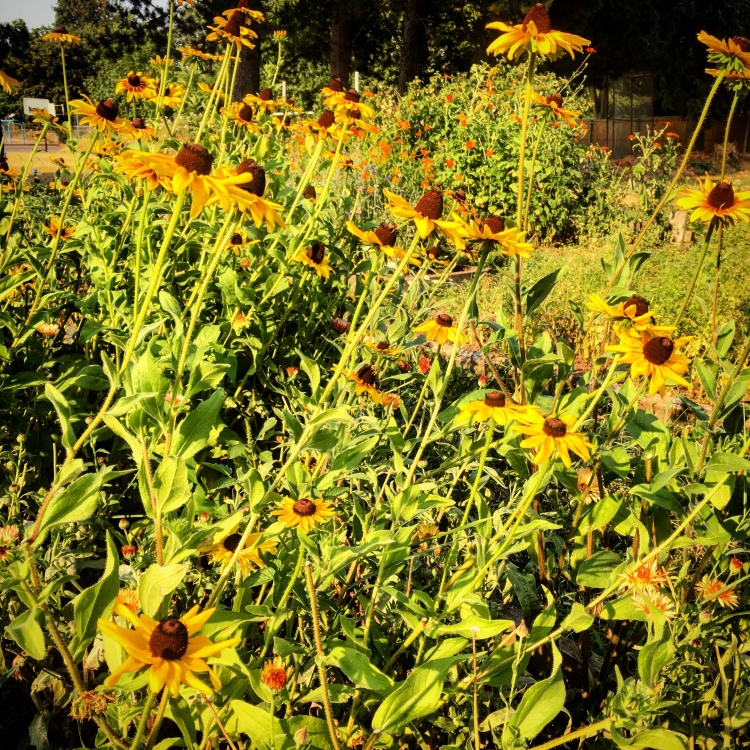 What is this crazy hot weather we’re seeing this summer? Back up into the 90’s again next week? It does match fairly well with our planned summer share actually, as we intentionally drop most of the cool weather greens in the summer and focus on getting all of our members to the point where they don’t want to see tomatoes, summer squash and cucumbers again until the following summer. So, next week we should have tomatoes, summer squash and cucumbers in the shares, again. Monday should also see eggplant for the first time this year, but Thursday got it two weeks ago so we’ll shoot for a Thursday eggplant harvest in a couple of weeks.

The peppers seem like they’re coming on slowly. We may have some thinnings of green peppers, or slightly colored peppers next week. All of the peppers we’re harvesting for the shares are sweet. We do have a few hot peppers planted in the you pick area that aren’t quite ready yet, and the padrons we’ve been selling at the stand are mostly not hot, although a few always are.

I can’t quite tell if the next round of carrots will be ready for Monday. We’ll definitely have onions. Lettuce is another one that may not be ready but I’m hoping the chard will be ready for another harvest so there’s at least one green thing in the share. Wild cards are celery, potatoes, and beans – all unlikely but possible at any moment. Basil should probably also fall into that category. We’ve been having an absolutely amazing basil year after several years of nearly complete basil failure.

Stay tuned to see what actually happens next week…